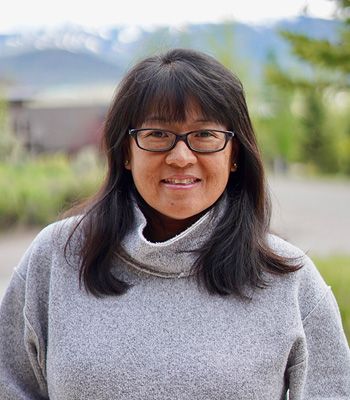 Anna Chan Rekate is entering her 25th year in education and currently teaches Middle School English at Trevor Day School in New York City.  She has taught all subjects and grades 3 through 12 in public and private schools in New York and in international schools in Shanghai, Hong Kong and Tokyo.  She and her family just returned from their 15-year overseas adventures in France, Switzerland, China, Hong Kong, and Japan.

Anna did not grow up thinking of herself as a reader and a writer. Her family was too poor to have books around the house, and there wasn’t a lot of fun writing in school. But in high school, she had an English and Journalism teacher named Mr. Bob Montera. He taught her that writing could make a difference in people’s lives. Ever since, she’s been a self-proclaimed book nerd and even named her children after her two favorite fictional characters — Jane Austen’s Emma Woodhouse and Elizabeth Bennett.

Anna received her BA from Cornell University and her MA and Ed.M from Columbia University’s Teachers College and the Bank Street School of Education, respectively.  Before becoming an educator, she worked as a journalist in Syracuse, New York. She has also worked as an educational consultant for PBS and WNET and has written teaching guides for children’s books.

These days, when Anna isn’t working, you’ll find her trying to beat her husband on the tennis court, skiing with her family, or baking with her daughter. She’s still dreaming about publishing her first book… which she one day will!

If you’re interested in having Anna visit your school or attend your event, or if you have a general question about Anna, please fill out the following form: