It’s no accident that my new middle grade novel, Merci Suárez Changes Gears (Candlewick Press, Sept 2018) opens on picture day at Seaward Pines Academy. Uy! When I think back to my school days at P.S. 22 in Queens, there weren’t many humiliations greater than that. There was the trouble of paying for the pictures, for starters. But worse, my mother and aunts always took it upon themselves to dress me up for the occasion and, Lord help – to do my hair. You can see the results for yourself.  Limp Aqua Net flip (kindergarten). A drastic home haircut (first grade.) Bad sponge roller curls (grade 2.) Unfathomable sideburn drama on my pixie (grade 3). Jaunty hair bow and ruffles, grade 4. It wasn’t until grades 5 and 6 that I refused to let them near me before picture day. 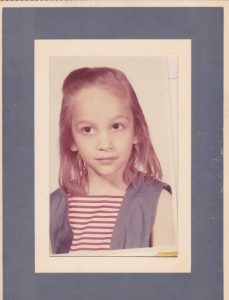 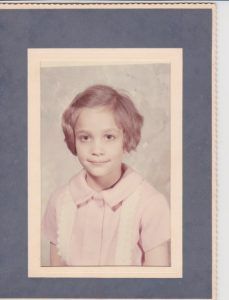 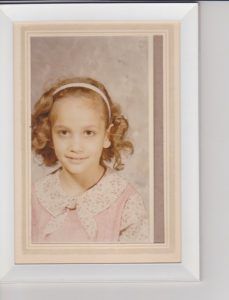 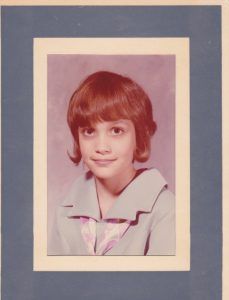 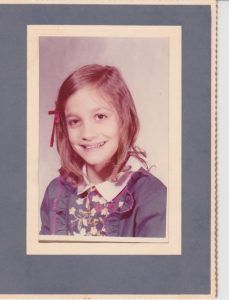 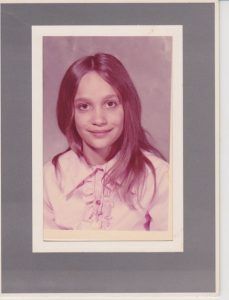 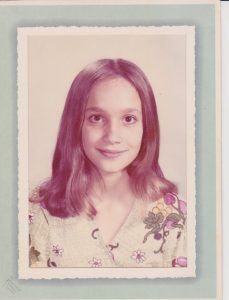 You’d think, then, that I would have done better as a mom. But no. My own kids still cringe when they spot photos of themselves from one of their so-called unfortunate years. Pre-braces here. Bad haircut there. Pasty skin as they recovered from a cold. Zits. Sure, I coo that they were so cute, but they still look outraged and shoot daggers at me with their eyes.

But here’s the thing:  Capturing that kind of eleven-year-old outrage is what I loved most about writing Merci Suarez Changes Gears.

I started writing Merci fresh on the heels of Burn Baby Burn, my YA novel set against the backdrop of New York’s famous serial killer, Son of Sam. Burn is about juvenile domestic violence, about as heavy a topic and you can write.

After all that tension and violence, it felt like such a relief to see the world with newer and gentler eyes, to inhabit a girl in south Florida who lives with her rambling Cuban American family.

But what I was after was a meaty story, not just a pleasant romp.  I wanted fun and substance all in one book for middle grade readers.

As it turns out, picture day humiliation was the way in to a sixth-grade year that is brimming with ridiculous moments – everything from persnickety secretaries to entanglements with that kid who constantly says, “No offense” right before she chops your ego to pieces.

But we all know that growing up is a lot harder than weathering picture day and ignoring annoying classmates. For starters, kids have to wrestle their own demons when it comes to things like making choices about how to treat people or deciding how much of themselves they want to change as they grow up. And of course, they have a front row seat to every disaster that happens to their families – often with little or no control over any of it. Families fight. People get lose jobs, get sick, run off. Secrets are revealed.

And so, in the end, I wrote Merci Suárez with my unapologetically morose sensibilities and it seems to have worked. I paired the ridiculousness and joy with true sadness and grief. What I’ll be bringing to schools and libraries is a story about Latino families as I have always known them: full, loving, contradictory, bent to the breaking point – but the center of a kid’s world all the same. — Meg Medina